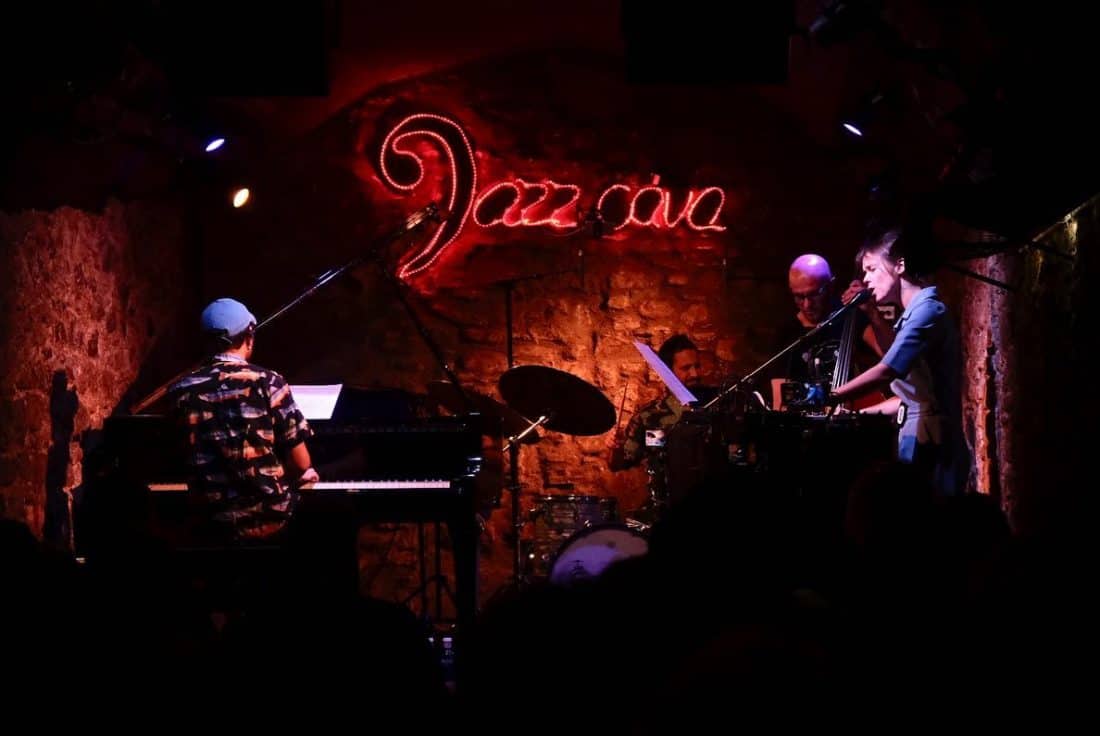 Catalan drummer and composer Oriol Roca has been leading his own trio since 2017 with pianist Giovanni Di Domenico and double bassist Manolo Cabras, two important figures in the jazz and European improvisation scene with whom Oriol Roca has been collaborating for more than twenty years.

The album Mar released by the Belgian label El Negocito Records in 2017, praised by critics and awarded in Catalonia with the Enderrock Award for Best Jazz Album 2018, marked the debut of Oriol Roca as leader and composer with a record of high emotional intensity, leading him to participate on many occasions in northern Europe and to strengthen ties with the scene of the Belgian musical avant-garde.

In 2022 and after the stoppage imposed by the pandemic, Oriol Roca Trio returns and does so with Lynn Cassiers, singer and soundscaper based in Brussels considered one of the most remarkable voices in the European improvisation scene, capable to use any genre of music without prejudice to create her own label-free music universe, as evidenced by her acclaimed latest album YUN released with the prestigious label Clean Feed.

Lynn Cassiers’ collaboration with Oriol Roca Trio further strengthens the desire to put the melody at the center of the trio’s sound, establishing a natural communication between the four musicians based on complicity, risk and friendship built throughout over 20 years of making music together.

The premiere of the project Oriol Roca Trio & Lynn Cassiers took place during the Alhamabra Vic Jazz Festival on May 2022 in an exclusive concert, a co-production between Alhambra Vic Jazz Festival and the catalan record label Underpool. The concert was recorded live at the Jazz Cava de Vic and will be published by Underpool on January 2023 in vinyl format.

Listen to an extract of the upcoming album: