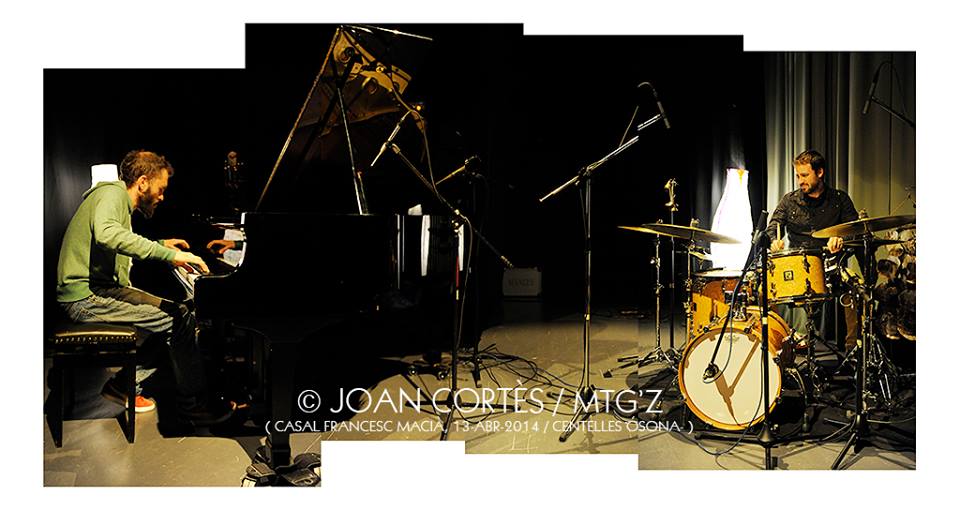 On April 2014 we were invited to play in duo with italian piano player Giovanni di Domenico at Cicle de Jazz i Músiques Improvisades de Centelles, a small festival that on its second edition festival programmed a list of very nice duo concerts including Jorge Rossy and Marco Mezquida, among others. We asked our friend and producer Dave Bianchi from Whatabout Music -who had already mastered our previous album Sounds Good (Spocus Records 2012– to bring his equipment and record the concert. Luckily we did it because it was a very nice evening!

After some months we listened back the recording and decided to release it on Dave’s label Whatabout Music. Looking forward to finish the mix and have it ready! We still need a name for it…