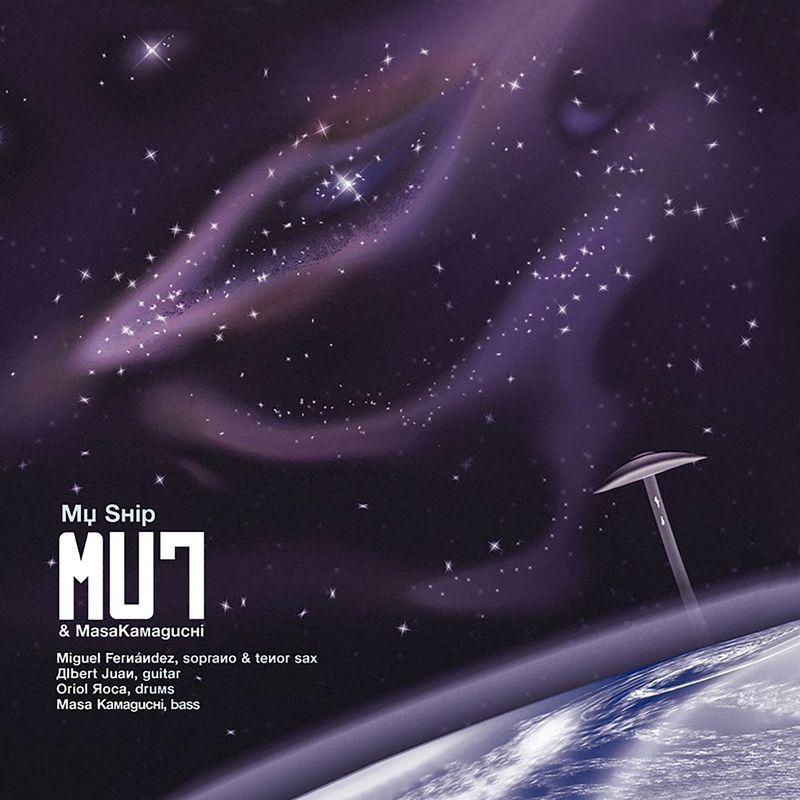 “I’ve always found the material on the New Talent side of the Fresh Sound label of interest and this compelling release from the Barcelona-based (and curiously named) MUT group is no exception. Usually a trio, here the group is augmented by Japanese bassist Kamaguchi. Pizzicato throughout—hear the potency of his figures within the building, thickening group textures of Torrance or the patient clarity of his solo on A Is to B—Kamaguchi fits seamlessly into what sleeve-note writer Dave Foxall aptly calls the spare structures and eloquent improvisation characteristic of the music.

Each musician is a fine player. Fernandez evinces incisive yet also painterly control of both textured sound and arching dynamics (witness the tenor opening of What’s Now?) while Juan and Roca are as one in their sensitivity to the interplay of cross-phrased “little sounds” and subtle colour. Anyone who appreciates the leaner or more oblique aspects of Sonny Rollins, Wayne Shorter or Sam Rivers—or who has relished the interaction of Joe Lovano, Bill Frisell and Paul Motian, for example—will find much to enjoy here: sample the opening moments of What’s Next?

MUT can burn, as in the offset drive of What’s Next? and Robot Skin, both of which feature Juan at his most linear and lyrical. But if there are welcome smears of blues-touched drama in Cançó sense lletra, the delicate opening guitar figures of My Ship recall the atemporal musings of Derek Bailey, an impression reinforced by the briefly plucked figures at the end of Caned. It’s the creative tension between ad libitum abstraction and an invigorating range of pithy assertion which—for all the aforementioned historical precedent—gives this striking session an ever-stronger impact each time it’s played.”