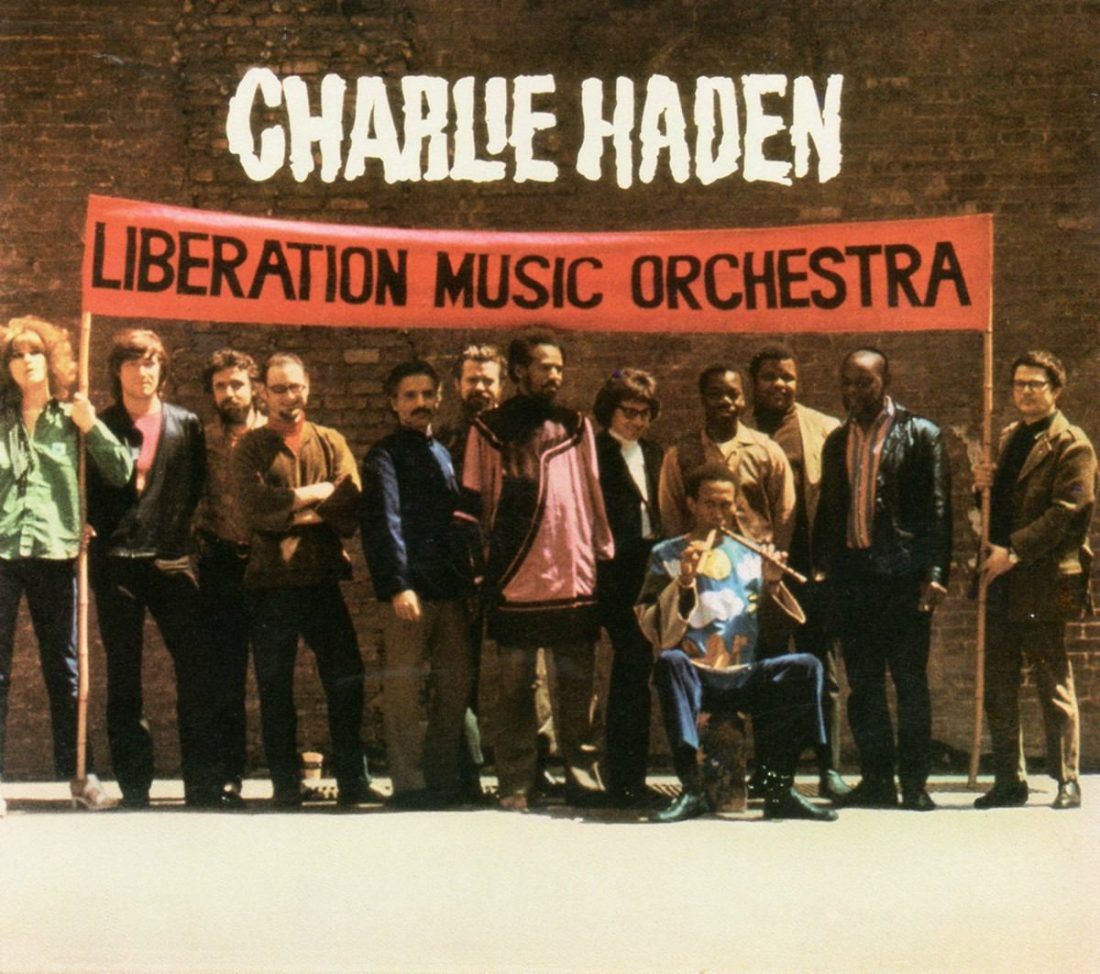 VRAK’ TRIO + MUT TRIO · Tribute to “The Ballad of The Fallen”

About four years ago my good friend and flute player Etienne Lecomte came up with the idea of combining two bands: the french-catalan VRAK’ TRIO and Barcelona based MUT TRIO with the (good!) excuse to revisit Charlie Haden and Carla Bley memorable album The Ballad of The Fallen.

A common musical approach (and not only by me being part of both trios) has always existed among the members of VRAK’ and MUT, who have been in contact following each other’s music paths and eventually participating together in music sessions; so revisiting an album by two beloved musicians such as Bley and Haden was a very exciting idea for all of us and a perfect excuse to get together and make some music.

But the idea goes beyond Vrak and Mut. Tubist Laurent Guitton has been organizing music workshops for many years with amateur large brass ensembles all around France, and established a close relation with La Banda d’Auvergne and the Festival Les Nuits & Les Jours de Querbes, both from Midi-Pyrénées region. So the idea of revisiting The Ballad of The Fallen, an album based on Central America/spanish revolutionary music anthems and songs, becomes richer with the introduction of a third element: an amateur traditional brass band (fanfarre in french) which immediately creates through the instrumentation a very natural link with the “popular” sound of the original central american songs, and ties it up with Haden‘s Liberation Music Orchestra distinctive sound: impassioned, often dissonant lyricism combined with a village brass band, a frequent Spanish tinge, free jazz and folk music.

Thanks to the support of the Festival Les Nuits & Les Jours de Querbes and other french/european institutions we are are about to start working on it during a residence at the festival together with La Banda d’Auvergne and have a première concert on August 9th 2015. Revisiting this album will bring us as well the opportunity to work during 2016 with other large ensembles such as l’Harmonie du Conservatoire du Grand Narbonne and l’Harmonie du Conservatoire de Lézignan, adding to the whole project a pedagogical side which not only will be beneficiary for the music students that will take part on it (around 125 in total) but will help spreading the spirit of the original album among younger generations.

This contestataire album conveys a message of hope through music placed between free jazz and traditional songs. At a time of multiple revolutions around the world, the two groups propose, gathered through a rereading, a reflection on life. As an extension, this gathering provides a link with the current situation, using popular contemporary music to evoke the same problems and the same optimism as the record did on 1983.

VRAK’ TRIO is by nature a group moving between France and Catalonia with two french members (Languedoc-Roussillon and Midi-Pyrénées ) and a catalan drummer. MUT TRIO represents the the catalan part of the pyrénées. This project wants to strengthen the link between these two countries and the three regions, connected by essence and history, but we’re basically willing to rediscover an album stamped with a beautiful message of solidarity, freedom and peace among people.